Streaming radio stations – everything you need to know

Since I first opened a live microphone and squawked out a pubescent peep in 1980, a lot has changed in the radio industry. Radio still exists. But it’s a far cry from  the screeching  sounds radios made when tuning up and down the analog dial.  Today we’re surrounded by digital ninjas.

First there was XM & Sirius Satellite and the other satellite entries.  Then along came internet radio; and the whole game changed.  Just as the internet has changed the rules for television and the movie industry, it’s rewritten how radio attempts to stay competitive.  And how the music industry will use it to promote and create a star system.

What is streaming radio?

In the conventional sense for 2015 it’s a service that streams music or voice.  It doesn’t broadcast, it sends it via the web. However with the proliferation of wifi and mobile bandwidth, anything on the web is available through an app on your phone.  And because many car and home audio systems are capable of accepting a blue tooth audio stream from your phone, presto, streaming radio is wherever you choose.   This makes your iphone the equivalent of a transister radio circa 1960.

Pandora started the ball rolling in 2000 and offered users access to artist-specific stations, while bragging about an advanced algorithm which promised “to play only music you’ll love.”  It looked like a winning idea, so others lined up to compete.

So what’s the big deal?  People are listening to streaming  radio on their computers and off their phone. The game changer is that people are slowly migrating away from traditional radio  towards these streaming stations.  And why wouldn’t they?   You get the artists you want in pristine digital, and if you shell out the modest monthly fee, it’s all commercial free.

We know it wasn’t. You paid with impressions and your time.  The stations played commercials–you heard them.  And in some cases patronized their products.

So are streaming radio stations running advertising?  Yes and no.  Yes if you opt for a free version of their content.  No if you choose to go commando and shed those commercials from your life with a monthly subscription.   There are audio ads on free streaming stations.   Here’s an example from Spotify.

The sophistocated players are  going native.

Here Spotify teamed up with BMW to create a branded app that would  suggest playlists for the great American cross country road trip.  Songza in Canada started offering native advertising in the fall of 2013.

How else is Streaming different from Analog Radio when it comes to playlists?

In the old days, when I programmed music in radio,  I would choose what songs played by referencing industry publications like FMQB ,Radio & Records and Billboard and tie it in with a very hit and miss smattering of listener calls from the request lines.   Today streaming radio is able to use complex algorithms and direct online listener feedback to decide what songs make the cut.  Although, a bit of grey area has come about recently with claims some streaming stations have  playlist positioning for sale, reminiscent of the days of 50’s commercial radio payola – (Playola).

Is traditional radio dead in the water?   Not yet.  A recent IPSOS poll published in Forbes claimed, in the United States, 91% of Americans wanted AM FM to continue being a part of their cars infotainment system.  And national streaming radio services aren’t (as of yet) carrying local events and weather.

Should you stick with traditional radio as part of your media mix?  If there’s room in the budget, absolutely.  Should you pretend streaming radio is not on the radar?  That would be a serious mistake.  Especially if you are marketing to younger and more affluent audiences. Streaming is here. And for many it’s music to their ears.

These are challenging times.  It's important small business needs to know effective ways of promoting their... 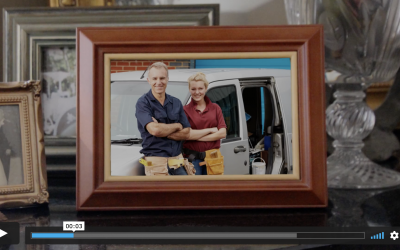 I've had the pleasure of working with Redseal Creative for a few years now.  Creative Director Pete Gilboy brings... 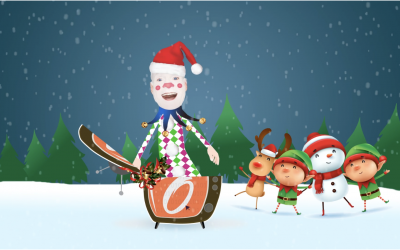 Another year has flown by.  We wish you and yours the happiest of holiday seasons.    Our little...