To say that Facebook is in a wee bit of a trouble this week is an understatement.   Facebook was unknowingly complicit in data harvesting with Cambridge Analytica.  Is this serious? You bet your broadband it is. Will this be the end of Facebook?  Definitely not.

Let’s recap what happened.  Cambridge Analytica built an app that knew how to extract huge pools of data from Facebook. This data was then manipulated and used to target and influence sectors of the voting population, influencing the 2016 US election. And it’s being determined whether this may have influenced the  Brexit vote as well.

If you’re keeping score, Aleksandr Kogan of Global Science Research was hired by Cambridge Analytica. Kogan then hired workers through Amazon’s Mechanical Turk to install a Facebook app in their accounts. The app requested an unusual amount of data about users themselves and their friends. This resulted in a windfall of  30 million profiles of American Facebook users that could be matched with other data sets. Jackpot.

It now appears Kogan violated Facebook’s terms of service in saying he was using the data for academic research, when in fact he sold it to Strategic Communications Laboratories who had a field day with the data.

Does that give Facebook a carte blanche to do whatever they like with the data they gather? Of course not, and Facebook would be the first to admit it. Where Facebook failed was keeping a closer eye on the various 3rd party companies who tapped into their wonderland of data and siphoned it out. Google, Apple, Microsoft and all the other leading tech companies drive their businesses around highly targeted data. Why should Facebook be any different. The only separation here is that Facebook had a technical trap door with a lose hinge on it that enabled 3rd party companies like Cambridge Analytica to have a temporary field day with the information. But Facebook was not the first to get caught.

In Spring of 2017 Google owned up to accepting extremists and neo-Nazis into their YouTube Partner Program. The way their program was constructed it meant brands were unknowingly subsidizing these hate groups. The result wasn’t as heavily publicized but  YouTube was definitely “taken to the woodshed” by investigators and asked what they were going to do about it. Over 200 brands suspended their Google and YouTube campaigns. Google stock took a hit. But the end result? Google rode it out and then reported better-than-expected earnings at the end of the quarter.

If Facebook can be faulted for anything it’s the slow out of the gate response from founder, Mark Zuckerberg. He delayed any comment for three days and then posted his position on Facebook. After that he did a few interviews including one with CNN.  Pressure has resulted in his agreeing to answer to a Capital Hill committee but he has only committed to sending  “top people” to field questions in the UK.

Will Facebook survive all of this?  Most assuredly, because the marketplace has spoken. People have become accustomed to the sense of community that Facebook provides. The morning “catch up”, the exchange of family photos, the group invites and the messenger app all have become a part of the social construct of 2018. MySpace or Google Places never stepped up and Facebook aggressively filled that vacuum.  The social movement to delete Facebook won’t catch on because movements require social interconnection; and that’s what Facebook does best.  Deleting Facebook with no alternative in place is not going to happen.

← Prev: Happy Holidays from Ontrack Communications Next: Welcome to our new website → 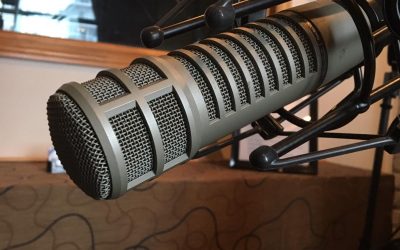 It's been on the tip of millions of tongues for a long while now.   Podcasting.   It's the new...